This year marks the 50th anniversary of the “riot” at the Stonewall Inn gay bar in Greenwich Village, NYC on June 28, 1969, which led to June being designated LGBTQ Pride month. Honestly, we wish there was no need to have it and the world was just a more accepting place for all people. Things have certainly improved, in some countries anyway, but there’s still a long way to go before sexual identity becomes a non-issue.  Music is one area of our society that seems to have been relatively more accepting of diversity, although we don’t doubt the struggle is still real for LGBTQ artists over their straight counterparts. So to honor this community, and also give a nod to the recently released Elton John biopic Rocketman, here are some of our favorite songs by LGBTQ artists (with an assist from our colleague, Our Treacherous Friend, who has recently come back to the blogging world). 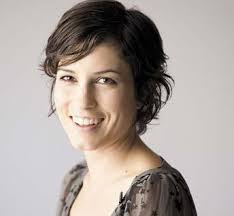 Bonus: “The More You Ignore Me, the Closer I Get”, Morrissey (1994) – I’m not sure which group Morrissey falls into and that’s ok, but he is an icon. Love this tune, I pair it with Pearl Jam’s “Rearview Mirror” when I make songs about cars playlists.

MG: You have a diverse group of songs here. I checked out that Brandi Carlile track – she is definitely a talented singer. I never realized you liked Space Oddity that much. Sometime we should just do a top 25 all-time songs list. I remembered “Smalltown Boy” from The Bronski Beat in the 80’s, but “I Feel Love” is a cool track by them as well.

TF: Richard Penniman is an excellent inclusion. I wanted to add Billy Tipton, but thought there might be a limit to obscurity. Erasure, Elton John, Bowie, Indigo Girls – you got all the heavy hitters. I don’t know Missy Higgins or Brandi Carlile – I’ll have to go look them up. 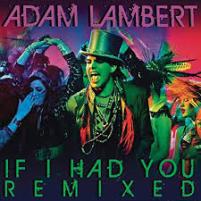 Bonus: “Born This Way”, Lady Gaga (2011) – I don’t think Gaga has come out as a certain sexuality, as she shouldn’t have to, but this song is an undeniable LGBTQ anthem. Her concerts are a true demonstration of diversity.

DJ: “Wrap Her Up” is a great tune, totally forgot about it. Not a huge fan of the newer stuff, although I do have the Lovato track. I just don’t know some of the others. I respect Halsey’s talent but just haven’t been converted yet. It doesn’t get much better than Freddie Mercury and Queen, I could have easilly put tons of their work on my list, “Tie Your Mother Down” is a good lesser known track, “Save Me” from later Queen makes me think of his struggle with AIDS.

TF: Nice chronological listing. Needless to say, I don’t recognize anything from Adam Lambert forward. Should make for some good research. I would have gone with “I Want To Break Free” by Queen, but there’s really no bad choices there. Frankie, Pete Burns, and George Michael are all perennial favorites. 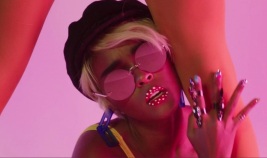 Bonus: “True Colors” Cyndi Lauper (1986) – though not gay herself, she’s been adopted by the community and has been very vocal in her support of LGBTQ equality

MG: Copacabana was one of the first songs I loved as a kid – I was drawn to songs that told a story (another one like that at that time was Kenny’s “Coward of the County”). I recently listened to the B-52’s catalog, and got a better appreciation for their earlier stuff like “Dance This Mess Around”. I forgot about “The Crying Game” and it’s moment in the early 90’s “Make Me Feel” is a lot of fun and a great pick.

DJ: I’m a huge Manilow fan. I love Tracy Chapman’s “Talking Bout a Revolution”. Like most of these artists one way or another, obviously R.E.M. and the other Georgia act The B-52’s. The Janelle Monae song was pretty cool and she was awesome at the Grammys.

4 thoughts on “Tribute to LGBTQ Music”

Nikki and the Corvettes – He’s A Mover

Silly Rich People in the Afterlife