Hey, it’s the Fourth of July soon and we thought we’d whip together a list of all things American across pop culture. We aren’t claiming these are all “patriotic”, but they reference our home country of the United States of America. Sorry, we don’t have any tanks or military fly-overs for you, just some thoughts on American pop culture we enjoy. Happy 4th of July! 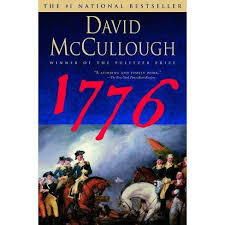 Bonus: Rocket Popsicles – At least that’s what I knew these as, but evidently they are now called “Bomb Pops” (don’t order that in an airport) or “Firecracker Popsicles”. Either way, there was something about the red, white and blue colors that always made these special as a kid. They are best ordered at a beach snack shack, or from a neighborhood ice cream truck (complete with semi-creepy driver), on a 90 degree, humid afternoon. 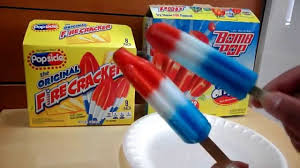 DJ: I thought about the John Adams miniseries as well, exceptional TV. I have always meant to read some Bill Bryson but just haven’t got around to it. Speaking of 1776, McCullough’s John Adams is really good as well. I’m not big on the Mellencamp song but I will say outside of Bruce Springsteen it doesn’t get more American than him. He does small town America proud.

Bonus: Evel Knievel Stunt Cycle (the 1970s) – I loved this toy, although it never worked like the commercial showed. I was a huge Knievel fan watching most of these 1970’s stunts on Wide World of Sports on ABC. He was America always dressing in Red, White, and Blue.

MG: Nice job getting in an American-themed toy into the mix. “No More Kings” was a great and memorable Schoolhouse Rock song. I can’t hear “American Pie” anymore without thinking of Weird Al’s Phantom Menace parody. Lies Across America sounds like a cool book I should check out. I thought about American Idol – it was good television in the beginning and showcased some good talent, even beyond Kelly Clarkson and Carrie Underwood. I tried to watch some of it the past two-years and it was rough all around.

One thought on “All American”

The Women who Preceded Google

A Western Reboot of the Nativity Story

The Enduring Appeal of the Character Actor