The Mandalorian is here and we are hoping it will turn out to be great TV. It’s hard to believe it’s taken 42 years for a live-action Star Wars series to make it to the small screen. The Mandalorian would not have happened if not for the “cool” factor of historic fan favorite Boba Fett, the most well-known bounty hunter in the sci-fi universe. If you just take his name, “Boba” on its own is a little goofy, but the “Fett” is somehow badass (and you can’t beat the name of his ship – Slave 1). When DJ and I were playing the Decipher CCG card game years ago, we learned a whole trove of background and insignificant character, ship, location names – some good, some hilarious, and some just dumb. As we are about to get introduced to more names in the SW universe, we thought it would be fun to take a look at some of the good and bad names for characters, ships, planets, etc.

I said I wouldn’t do it, but I did – I’m signed-up for Disney + so I can watch The Mandalorian (the first episode is well-made and promising). George Lucas took his SW names from a lot of different sources: historic, biblical, and some just non-sensical mashing of extra vowels and consonants. I miss the days when the humanoid aliens were just named after their appearance (Hammerhead, Walrus Man, Squid Head), but over the years they all got backstories and “official” SW names (Momow Nadon, Ponda Baba, and Tessek, respectively). Deepening the SW universe is fine, but sometimes it has gone too far and everything doesn’t need a funky name. I have the three-volume Star Wars encyclopedia and it is chock full of craziness. I’m a pretty die-hard fan, and some of the entry descriptions read like gibberish due to all the weird names. Here are five favorites and five stinkers:

Bonus: Yoda: Finally – simplicity! Another example of less is more. It’s a name that feels balanced and calm – reminiscent, perhaps intentionally, of Buddha.

DJ: Yeah Darth Maul is a great name, the whole Darth anything is cool and a character to match. The choices here are good. 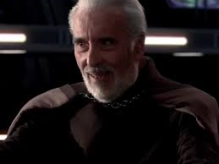 Bonus: UroRRuR’R’R: If you know who this is, you are a true SW geek. This is the name of the Tusken Raider that attacked Luke. This is SW naming at it’s most absurd.

DJ: Sleazebaggano is probably the number one terrible Star Wars name ever, just awful and his first name is Elan. Count Dooku was going to be on my list, it’s just silly and what are Counts in the SW universe? Boss Nass, despite the name, I have a slight soft spot for since we wrote a post where I included a Boss Nass solo project, which can be read here.

Hopefully, by the time we post this, I will have watched The Mandalorian too, Disney suckered me in as well. At least after I watch it I can also watch That Darn Cat! and many other Disney properties, sarcasm intended. Star Wars names are interesting like you said a lot of good ones, but a lot of lazy ones. Look at Luke Skywalker, even that is kind of lazy. I loved the name Han Solo until Solo: A Star Wars Story ruined it for me. The king of all names; Darth Vader, it’s awesome, both parts. It’s just a bad-ass name.

Bonus: Sorry had to do a bonus: The characters from Shadows of the Empire: Dash Rendar, Mara Jade, and Prince Xizor are pretty damn cool.

MG: Chewie is such a great name we named our dog after him. I also almost picked both Wampa and Dr. Evazan. Most of the Cantina denizens are named well – except a bartender called Wuher is rather mediocre. You are right, I’m surprised the Wampa that attacked Luke didn’t get it’s own name – missed opportunity (why not name all the Mynocks in the Space Slug cave?) I agree that Asajj Ventress is good, but must there be the extra “j”? I feel like Lucas & the other writers think adding a double consonant makes something exotic. 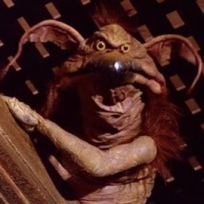 Bonus: Malla, Itchy and Lumpy: The Star Wars Holiday Special introduced us to Chewie’s family and they also have nicknames and they are horrible. 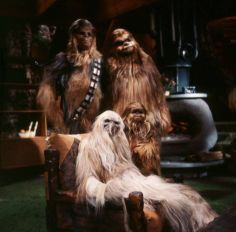 MG: Ha, I thought about Jek Porkins too. His name should be altered in the next update as that would now be considered fat shaming. Snoke is terrible, sounds like a drug snorting term: “Hey dude, wanna do a snoke?”. My 6th pick would have been Dexter Jettster – again useless extra “t”!  One departure – I have to confess to liking Salacious Crumb, even though you are right there is no need for him to be given a name.

One thought on “Star Wars: Cool Names (and not-so-cool)”

Twilight Zone – The Night of the Meek

How to Marry a European Prince

When Broadway Playwrights went to Hollywood