Many songwriters/composers will tell you that each song and piece of music is a mini-story, thus a compelling introduction to a song can really help to set the mood or tone for what follows. Maybe the writer wants to pump up the listener for a head-banger, or maybe they are trying to set a mysterious feel to draw you into paying closer attention to the lyrics. Sometimes the time spent on the start of a song can get taken too far: like the 3-4 (or more) minute intros of some prog or acid rock songs. Yet when done right, a good song intro can almost stand on its own and might even be more memorable than the lyrics themselves. Here are some of our favorite songs with great intros:

I love good song intros because it feels like the songwriters are taking the time to think about all the elements that go into the song, not just the lyrics or guitar solos. Back in the golden age of radio, an instrumental song intro was often ruined by chatty DJs who would take advantage of the time to make “witty” comments and then rush to plug the radio station letters or dial number, right up to the second the first lyric would start. I always wondered if they had some sort of visual countdown to the lyrics starting, although on rare occasions they would even talk over the first words, which would really piss me off, especially when I was trying to tape the song off the radio. Fortunately, in the age of streaming, most people are not subject to this happening anymore. Here are 10 tracks that stand out for me: 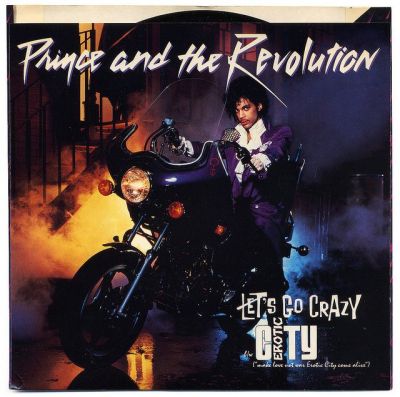 DJ: A pretty good list. Led Zeppelin like the Rolling Stones have so many iconic and great openings. When I was thinking about AC/DC I completely missed “Thunderstruck”, it’s lesser known unless you are at a sporting event. Yes has so many great openings that never stop.  Prince, the Who, Michael Jackson are no-brainers. “Beat It” or “Billie Jean” could easily make this list as well but I get “Thriller”. I never cared for “In the Air Tonight” but that song and the intro always sets a mood in a film or TV show.

I like song intros for a practical reason, I know what’s coming on, and I can keep it or change it. It also sharpens my mind for the day I finally end up on Name That Tune which is finding a revival on Fox. But seriously a song’s intro sets the tone of where the song is going to go. It can be harsh, drawn out, no music, lots of music, acoustic or loud. Could have done a whole other list as I feel some bands or songs have just been left out. Where’s Hendrix, the Police, Rage Against the Machine, Nirvana, and so on – not on our lists – so here is mine: 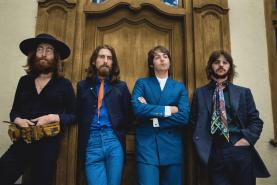 MG: “Sabotage” is a good one – I almost picked “Sure Shot” from The Beasties which starts out with the dog yelping sound. I expected to see a Bee Gees track make your list, “Saturday Night Fever” has a killer intro as well. I’ll go with “Helter Skelter”, but “Here Comes The Sun”? I can’t go for that. “Layla” and “Gimme Shelter” are definitely classic and a go-to for movie trailers. I like “Machinehead” and also enjoy the gradually intense intro to Bush’s “Comedown” from the same album. There are actually a lot of good examples from 90s bands other than those we mentioned: Alice in Chains, Pearl Jam, Soundgarden, Nine Inch Nails, Smashing Pumpkins, etc. Our mutual favorite from our nightcrew days, the Pumpkins’ “Silverfuck”, would have topped my list, but I figured it was never a single and no one would know it.

3 thoughts on “Start Me Up: Great Song Intros”

Twilight Zone – A Game Of Pool

Droogs – Ahead Of My Time

Rain Parade – One Half Hour Ago

Gene Vincent – Race With The Devil

Silly Rich People in the Afterlife